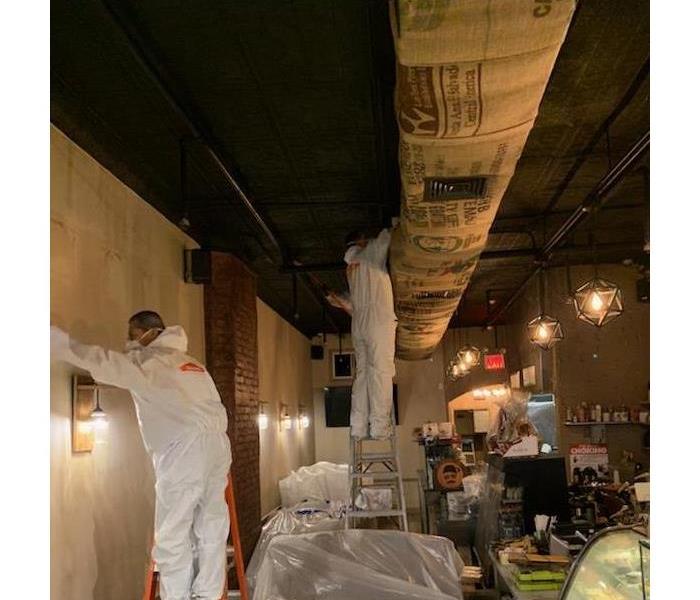 A local coffee house had an equipment fire that happened after hours but was brought under control quickly due to a quality alarm system and fast acting fire department. The initial walk through of the shop showed a large amount of soot on everything from the ceiling to the floor to the food coolers. There was also a heavy smoke odor that permeated the air that was handled by our air scrubbers. Our technicians cleaned the tables and chairs initially and then wrapped them in plastic to protect them from falling soot.Our technicians started to clean from the ceiling and worked their way down to the floor. They used SERVPRO Chem-sponges to remove as much soot as possible before using approved SERVPRO chemicals to wash the affected surfaces. Even though the surfaces were repainted it was vital to remove all soot before the painting process.

View More Before & After Photos